GET TO KNOW THE TEAM 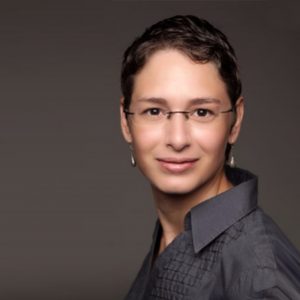 Laura is Scientific Project Manager (SPM) for INTERfaces and located at Aarhus University. She has started in her SPM position at Aarhus University in January 2020. Laura studied B.Sc. Plant Biotechnology and M.Sc. Plant Biotechnology at the Leibniz University Hannover, Germany. After her M.Sc. study she moved to Aarhus­University for her PhD research at the Department of Microbiology, which she completed in 2016. In 2017, she started a position as Scientific Researcher in the Department of Applied Biology at FMC, in the newly established EIC (European Innovation Center). Here she worked on the development of biologicals until 2019. She currently works partly at Aarhus University and partly at I·GIS. Here she is part of the team developing a software on the detection and recognition of weed in fields for the optimization (reduction and specificity) of pesticide application.

Role in INTERfaces
Laura is part of the core organization team of INTERfaces. She is a key person between the Coordinator and consortium for decision-making, communication and in finding answers. She assists the Training Management Team and Dissemination & Exploitation Team for organization and attends regular consortium meetings & workshops. She organizes working groups and guides INTERfaces’ 14 early-stage-researchers (ESRs) for any kind of help they need from the beginning through the whole project time span.  Overall, all kind of daily issues for project management is her task and she has the role of the “Big Sister” in the INTERfaces consortium.

Hosting University: Aarhus University
Aarhus University (AU) was founded in 1928. It has 39,000 students; about 1,800 PhD students –of which one in four has a foreign nationality – and close to 900 postdoctoral scholars together with 11,500 employees. AU has been establishing itself as a university for cutting-edge research, and has been moving up the most important university ranking lists. In 2017, the university is ranked at number 101 at the Leiden Ranking, number 119 at the QS World University Ranking, and number 109 of 17,000 universities on the Times Higher Education World University Ranking. AU has a very successful track record of managing both individual fellowships and large international projects and of hosting visiting researchers of all career stages for both training and knowledge transfer purposes. Internationalisation is part of the University’s mission and it continuously works to strengthen the international profile of the University through a series of initiatives which will increase international research partnerships and the number of international students.